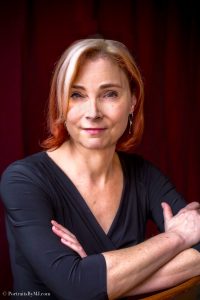 As head of development for the Bay Area’s largest nonprofit dedicated to ending youth homelessness, Gayle Roberts and her team of 10 fundraisers are responsible for raising $7.6 million annually for Larkin Street Youth Services.  She is also part of a team responsible for a three-year public-private campaign lead by the City of San Francisco to raise $31 million for youth homeless services.

With 16-years of experience as a development professional, she has seen many changes in the field over the years. For her personally, the most important has been around the field’s more positive attitude towards trans people.

She explains, “When I first started my career, my only choice was to work exclusively for LGBTQ organizations or not to disclose my gender history. For the first ten years, I never met, let alone heard of another person like me working as a professional fundraiser. Every time I walked into a donor meeting, I worried if this was going to be the time when my identity was going to be the reason my agency lost funding.”

“As a result, while I was always open about my identity with those I worked directly, I never made public statements about being transgender. In fact, during the six years, I was on the DER board, including two as Board President, much of the membership did not know I was trans until I outed myself at my retirement party. That was a choice I felt I had to make if I was to not only maintain my employment but effectively walk across the various lines of privilege and power that is the bread and butter of any professional fundraiser.”

Gayle’s journey into fundraising came after she was fired from her job as a Communications Director when she began her gender transition.  After some reflection, she realized that the marketing that she had done in the past was not that dissimilar to fundraising.

“I hit on the idea that if I could learn to raise money, people wouldn’t care what color my hair was, let alone my gender history,” she says, “So at the invitation of a friend, I attended my first DER monthly luncheon in January of 2003. I also began to take every free class offered by the Foundation Center, did volunteer fundraising for small nonprofits, and joined the Board of a local LGBTQ mental health center. After two months, I secured my first part-time fundraising job as a telefunder for the San Francisco Symphony. After six months of concerted effort, I obtained full-time fundraising work as the Grants Manager at LYRIC, an LGBTQ youth center in San Francisco’s Castro neighborhood.

Gayle rarely missed a monthly DER luncheon for her first decade working as a professional fundraiser. The skills she learned through DER helped advance her career, and the network she built ensured stable employment. She sat on the DER Board for 6 years, facilitating quarterly FAB meetings and served for two years as Board President.  She met her first professional mentor through DER, as well as those who would eventually become my mentees, many of who are now Development or Executive Directors. She asserts, “I am so grateful for everything that DER has provided me over the years and think it is one of the Bay Area’s most unsung organizations.  As Margaret Mead said, ‘Never doubt that a small group of thoughtful, committed citizens can change the world; indeed, it’s the only thing that ever has.’”

When Gayle’s not raising money, mentoring and doing fundraising training, she enjoys spending time with her partner, helping lead her women’s group, working on her home, and traveling outside the Bay Area.